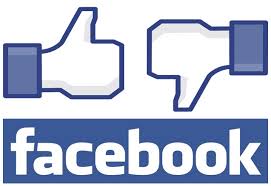 I have given up Facebook. I haven’t given it up for the reasons I posted to FB friends just before I deactivated my account.  I claimed I simply wanted to sit less and walk more. Actually, I gave up Facebook in order to slay a monster. Over the six years I was on FB, the monster took form gradually inside my head, where Facebook activity really takes place. Eventually, I became the monster, but not consciously.  If someone had asked me, “Do you have a monster living inside your head?” I would have said, “No, I just have a contrarian streak.” Ah, yes, I thought the monster I had become was simply a relentless contrarian, sort of like Christopher Hitchens.  I’m pretty sure my FB friends came up with other epithets. In my centre-left FB universe, opposing right-wing politics, racism, creationism, reality TV, Tea Party bowling shirts, Walmart, and Papa John’s Pizza just amounts to conventional thinking. Those are the official targets of the centre left.  If you’re a Tea Partier who prefers chess to bowling and boycotts Walmart because of its labour practices, you’re a contrarian. To be a contrarian in the centre-left region of FB, I needed centre left targets. I’m not sure why, but It’s a pretty safe bet that someone who despises Stephen Harper, likes organic food.  So my first contrarian obsession became organic food. Knowing that my fellow despisers of Stephen Harper on FB probably shell out extra money for organic apples, I started posting everything I could find debunking everything organic. It turns out that a lot of really dumb right wingers are anti-organic, so I had to be selective in my sources, but I’m really good at Google. The collective message of my hundreds of anti-organic posts was pretty much anybody who pays extra to buy organic is an idiot. I got into some lengthy arguments about organic food and organic farming with FB friends who oddly resented being called idiots, if only implicitly. But, in fact, I got relatively little response considering the hundreds of posts I generated. One can’t see FB friends rolling their eyes. So I went out of my way to start other arguments, often about subjects I knew little about. Does someone like the French philosopher Derrida? Well, here’s a piece by Noam Chomsky pointing out that Derrida was a fraud. Starting this sort of argument may have to do with the adrenaline addiction that I suspect is common to self-styled contrarians. The way I divide the world is probably a little dated, but I assume that reality TV viewers who believe the earth is 5,000 years old drink beer, not wine, and if they do drink wine, it comes in a box. Wine snobs—those who think they can tell the difference between one wine and another—inhabit my region of FB, so they became my next target. I posted every blind taste test ever published proving that alleged wine connoisseurs are idiots. I found one in which wine experts couldn’t tell the difference between red and white wine.  I always brought that one up anywhere wine was served. One or two FB friends who can afford expensive wines objected somewhat timidly; most, I assume, just rolled their eyes. It isn’t really that hard to find stuff to mock on either side of the political spectrum.  The right has its climate change deniers and snake handlers; the left has its anti-GMO activists–the scientific consensus on the safety of GMOs is greater than that on climate change–and believers in homeopathy. Alternative medicine became my obsession of obsessions. I subscribed to several sites—QuackWatch. I Fucking Hate Pseudoscience—that regularly publish articles and studies debunking all forms of alternative medicine, and I relentlessly shared them all. I took an occasional detour into food fads to triumphantly demonstrate that anybody who doesn’t suffer from celiac disease but avoids gluten is an idiot, or anybody who buys a juicer to juice vegetables is an idiot. Mostly, though, I stuck to a hectoring insistence that all forms of alternative medicine from acupuncture to herbal remedies are nonsense and anybody who believes in them is an idiot. Only once did a FB friend step forward to defend homeopathy. That was a shock and probably the first inkling that the monster had to go.  All that obsessive debunking managed to offend just one homeopathy enthusiast enough to elicit a defense? Of course, these obsessive contrarian posts were punctuated with various political articles, studies, and cartoons, which most of my FB friends liked and/or shared. I also posted pictures of important life events and holidays. Facebook is a strange combination: it has the characteristics of a community and a drug. The drug aspect of it is what produced the monster I had to slay. The whole Facebook experience has resulted in one important upside: I plan to instruct my children to find someone who doesn’t know me very well, certainly not a former FB friend, to deliver my eulogy.