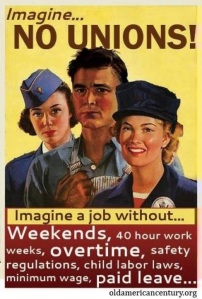 A few years ago, when I was having dinner in a restaurant with my wife, I got up to go to the rest room, which was at the end of a long corridor. A slightly stooped, grey-haired old man was coming toward me, and I moved to one side to let him pass. He moved to the same side. I moved again, and so did he. I hesitated and thought, “Why can’t this old fart just pass me?”  Then I realized that I was trying to dodge my own reflection in a mirror.

I belong to that generation of pre-baby boomers that is now well past middle age. I am close enough to the actual baby boomers to have had many of the same cultural influences, but I was fortunate to be part of what demographers call a small birth cohort. We had a relatively easy time of it—small classes in school and not much competition for jobs. We entered an expanding labour market at a time when the words “global” and “economy” rarely if ever appeared in the same sentence.

Along with the baby boomers, we have by now taken buy-outs and early-retirement packages to make way for a generation that has grown accustomed to fierce competition for fewer actual jobs, contract work, and few benefits.

The fortunate of the fortunate among the baby boomers who have inherited or stand to inherit a bundle from parents made frugal and fiscally wise by the Great Depression may survive even the eventual collapse of pension funds. Given greatly increased longevity, though, some heirs may have to wait a long time for their inheritance, which probably explains the current interest in assisted death.

Some of us who entered the middle class thanks to the gains of the labour movement and the benefits of the welfare state may find ourselves slipping out of it in retirement. Our children with their contract work and meager benefits will be hard-pressed to care for us.

In the face of these grim demographic and economic realities, it is hardly surprising that the political scene in the U.S., the advanced country with the flimsiest safety net, is beginning to turn ugly. The collapse of the pseudo-socialist states of the old communist bloc long ago ensured the rise of right-wing populism but is now far enough in the past to allow for a competing left-wing populism.

Both Donald Trump and Bernie Sanders are tapping into a deep angst in the American population. Donald Trump presents himself as the great leader who will fix everything and “make America great again” and, perhaps not incidentally, more white again by deporting millions of illegal Mexicans. Bernie Sanders stresses that by himself he can do nothing and calls for a revolution, by which he means millions of Americans standing with him to demand that the billionaire class relinquish its strangle hold on the economy.

To me, it does seem like a clash between fascism and socialism. But, then, I really am the old fart in the mirror.