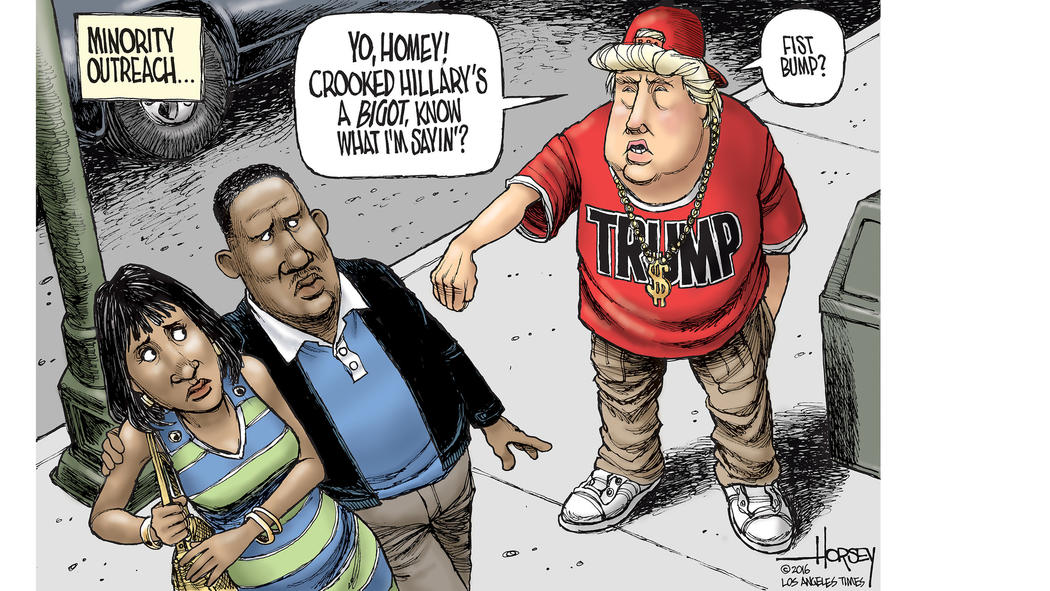 Donald Trump said at a victory rally in Cincinnati, “We condemn bigotry and prejudice in all its forms. We denounce all of the hatred and we forcefully reject the language of exclusion and separation. We have no choice. We have to, and it’s better.”

“Today, there is a small group of bigots who maintain this demented tradition of self-loathing by defaming the entire community of bigots as naturally inferior. They like to portray groups such as the KKK as uneducated knuckle draggers. But are these self-hating bigots any better than the pointy-headed leftist professors who use big words to intimidate and enforce political correctness?  These self-haters hide their true feelings in order to fit in and get invited to multi-cultural events where they scarf down smelly ethnic foods.

The history of bigotry is replete with “bigot self-hatred.” In the Middle Ages, bigoted scholars were forced to debate apostate bigots who maintained that non-Europeans had souls. In our own time, a group calling itself Bigoted Voice for Peace is like these bygone apostates. Whether organizing marches to raise money for so-called charity or staging anti-bigotry performances in front the New York BOA offices, they demand that bigots show tolerance, yet they refuse to condemn political correctness. With their incoherent verbiage, pro-political correctness and anti-bigotry antics, the BVP epitomizes self-hatred.

There is an expression bigots often repeat: ‘It is hard to be a bigot.’ But bigots have nothing to be ashamed of. In fact, bigots promote free speech by actually practicing it. The phenomenon of bigot self-hatred is nothing less than a badge of cowardice. We expected more of Donald Trump, who should remember who made him president.”

One thought on “Bigots Denounce Trump”