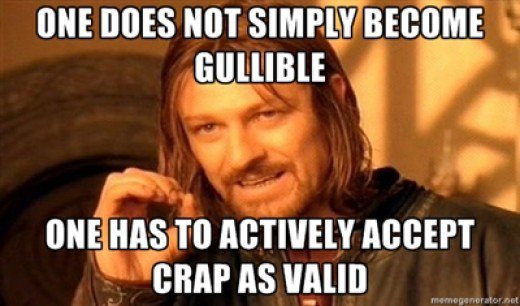 I was having lunch in the synagogue social hall after services and sat down with a woman and her son, who is doing graduate work in biochemistry. I noticed that the woman had taken food only from the gluten-free table. “Are you a celiac?” I asked. “No,” her son answered for her, “She’s a crackpot.” She gave him a dirty look. She explained that she had read the best-selling book Wheat Belly by Dr. William Davis, and it had convinced her that she had an allergy to wheat. “I feel so much better now that I’ve gone gluten-free,” she said. Her son rolled his eyes.

The gluten-free fad is one more sign that we live at a time when clever marketing based on pseudoscience trumps evidence, no pun intended… well… maybe intended just a bit.  Any use of the word “trump’ is now under suspicion of being an oblique reference to the president-elect. Disputes have arisen in bridge clubs over no-trump bids being made in a sarcastic tone of voice.  I actually chose the verb “trump” in that sentence because I can’t help wondering whether there isn’t a connection between the general gullibility that clever marketing exploits and the election of Donald Trump.

Common wisdom has it that Trump represents a working-class backlash against elites. Trump invents his own facts, and the uneducated working-class masses buy his lies. But facts, evidence and basic scientific expertise don’t play a big role in the cherished beliefs of so-called elites either.

It isn’t uneducated white men who have made crackpot alternative medicine from acupuncture to homeopathy a $34 billion-dollar-a-year industry. It has been suggested by no less a luminary than historian Timothy Snyder that the success of Russian propaganda in spreading disinformation is linked to the postmodernist skepticism about objective truth that has been embraced by so many western academics.

So if we are entering a post-fact world where the winning candidate is the one who tells so many lies that the fact checkers can’t keep up, maybe it’s because our entire culture isn’t sure what a lie is anymore.