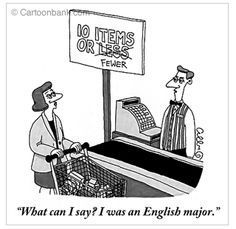 For Three and a half years I wrote a grammar column for the Edmonton Journal called “Grammar Gaffes.” Since then my views on grammar and usage have evolved considerably. When I wrote the column, I was pretty much a prescriptivist; that is, I believed there were rules of standard grammar and usage that should be strictly observed. I insisted, for example, that “to beg the question” is a form of circular reasoning and should never be used to mean “to raise the question.” Here’s an example of begging the question from The Skeptic’s Dictionary: “Abortion is the unjustified killing of a human being and as such is murder. Murder is illegal. So abortion should be illegal.” Now I accept the second meaning–“to raise the question” –as perfectly legitimate because by now it’s widely used by educated speakers. How do I know? Well, of 32 occurrences of the phrase in the British newspaper The Guardian over the course of a year, everyone of them was used to mean “raise the question.( http://www.theguardian.com/media/mind-your-language/2010/may/24/begging-the-question-mind-your-language) Language evolves, meanings change, and hard and fast prescriptive rules of usage don’t make sense.

Nevertheless, there is one usage that drives me nuts–“the exact same.” WTF? What happened to “exactly the same”? Or what happened to just “the same”?  How is “He had the exact same kind of switchblade I had” any different from “He had the same kind of switchblade I had”? The word “exact” is a flipping adjective and as such can’t modify “same,” another flipping adjective. It’s like saying “She was beautiful dressed.”  The phrase sounds semi-literate, and I have an almost uncontrollable urge to smack anybody who uses it.

All of this begs the question: Who is a Grammar Nazi? Anybody who has more pet peeves than I do.

One thought on “Pet Peeve”