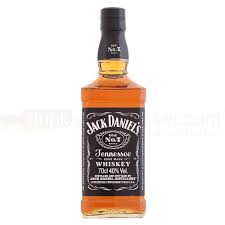 For at least 25 years I worked out regularly at the gym at the University of Alberta. The gym was a short walk from my office in the library, and the convenience made it easy to form such a positive habit. Such an exemplary life style culminated in 2008 in a heart attack. The cardiologist assured me that had I not been working out, I might well not have survived the heart attack. And to be fair, for a good part of the 25 years, I was a smoker. My workout partner and I would often light up as soon as we walked out the doors of the gym. For a time he claimed he smoked to keep his lungs in shape for running. We both quit. I quit with the help of nicotine gum. I had my last Nicorette while I was sitting in the emergency room having my heart attack.  A year before the heart attack, I gave up 15 years of vegetarianism and started eating meat again. So there were other factors.

My work out partner was a highly sophisticated and intellectual academic. He was so sophisticated and intellectual that he actually went through a postmodernist phase, something one can apparently do without entirely abandoning Marxism, even though Marxism is clearly a meta-narrative.  Listening to my workout partner appear to make some sense of Of Grammatology might have made me try to lift heavier weights than I should have and could have contributed to the heart attack

Like everybody else, we had bought into the great hydration myth that our own thirst is not a reliable indicator of our need to drink water, so like everybody else, we were carrying around bottles of water during our workout. One day I noticed my highly sophisticated and intellectual workout partner was sipping his water from a plastic vodka bottle.

“That’s not actually vodka, eh?” I asked. Highly sophisticated and intellectual academics can be unpredictable.

“No, of course it isn’t.” he said.  “Most people don’t notice it, but I’ve gotten a few laughs from those who do.” The vodka bottle set him apart.

I couldn’t match his incredible ability to make sense of Derrida, but I could top any adolescent prank he could come up with. The next workout I showed up with iced tea in a plastic whiskey bottle.

Drinking tea from a whiskey bottle draws a lot more attention that drinking water from a vodka bottle. I got a lot of laughs. But it didn’t take long for one earnest hydration zealot to report me to the authorities. A guy with a shirt on that said “Staff” came over and asked me to pour the contents of the whiskey bottle out. I objected. “It’s just tea,” I said and offered to let him smell the contents, but nothing doing. I couldn’t be scandalizing the rest of the gym by appearing to be drinking whiskey while I was working out even if it really was only tea. I guess it makes sense for those who have made staying hydrated a matter of life and death. After all, alcohol is dehydrating. Come to think of it, so is tea.

Not long after that in the locker room, I was having trouble opening my combination lock, which required you to pull on the lock and twist at the final number. I asked my workout partner to help me by pulling on the bloody thing while I twisted. At one point, I shouted “Pull on it! Pull on it!” Suddenly several heads popped around corners to see who was pulling on what. I imagined the pain-in-the-ass who had reported me for the whiskey bottle thinking he really had something to report.