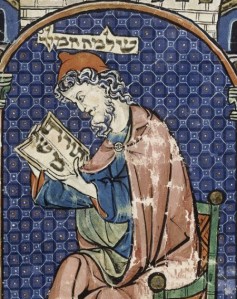 For me, and I imagine for many others, conversion to Judaism has do with an elective affinity for Jewish culture, which, despite the prevalence of secular Jews, is inextricably bound up with Judaism. It is that affinity, rather than any sense of embracing a higher truth, that motivates the conversion. There is no sense in Judaism that one must be Jewish in order to save one’s soul. On the contrary, the ideal is to serve God entirely lishmah, i.e. for its own sake with no hope of reward.

I can see how many secular ethnic Jews and Orthodox Jews do not consider me Jewish at all. I have not had the experience of growing up Jewish. Ethnic Jews have childhood memories of wonderful Shabbat dinners; my childhood dinner memories include Easter hams. Surely any claim of Jewish ethnicity on my part could be called cultural appropriation. My conversion by a Conservative rabbi did not, in the view of the Orthodox, fulfill the halachic (legal) requirements for conversion. Yet the Conservative rabbi who converted me thought me a Jewish soul lost among the Gentiles, much as the Catholic priest who baptized me when I was an infant surely considered me indelibly marked as a Catholic by the baptism. I find both conceits vaguely repugnant.

I have sometimes thought that because Jewishness is both an ethnicity and a religion, “Jewish” may the wrong descriptor for those who have embraced Judaism. “Judaic” perhaps?  But the tradition certainly considers coverts full Jews, with some disabilities: in the Orthodox world, a female convert cannot marry a Kohen (a member of the priestly class).  The term “Jew by choice” is a popular way of referring to converts, although it would seem that these days even a born Jew who continues to have a commitment to Judaism is in some sense a Jew by choice.

Then there is the issue of Israel. One needn’t be Jewish in any sense to support Israel, although one may quibble about what supporting Israel means, There are plenty of Christian Zionists who fervently support Israel for what seem to me rather unsavoury theological reasons. When all Jews, most of whom are destined for Hell because they have not accepted Jesus, return to the Holy Land, it will hasten the rapture of true Christians into Paradise. Some, of course, sincerely love Israel, and some are motivated by a right-wing disdain for Arabs.

Having converted to Judaism, Israel has become an integral, if problematic, part of my Jewish identity. In my view, Israel is a political state like any other and subject to the same standards. I don’t find Israeli right-wing nationalism any more palatable than any other nationalism. The combination of nationalism and religion is a particularly toxic mix. The great 20th century Jewish philosopher Yeshayahu Leibowitz famously said, “Religious nationalism is to religion what National Socialism is to socialism.” Like many of my fellow Jews, both born and by choice, I support an end to Israel’s occupation of the West Bank, and effective occupation of Gaza, and the establishment of a Palestinian state. There is a commandment that occurs repeatedly in the Torah: “And a stranger shalt thou not oppress; for ye know the heart of a stranger, seeing ye were strangers in the land of Egypt.” (Exodus 23:9) Remarkably, the Torah appears to be appealing to the empathy those who have been oppressed ought to feel for those who are oppressed. But in making the prohibition on oppressing the stranger a commandment, the Torah seems to recognize that the oppressed can easily become the oppressors.  Right-wing religious Jewish settlers in the West Bank who uproot Palestinian olive trees apparently get around this commandment by claiming that “stranger” refers to a convert.  Jewish fundamentalists are not less narrow minded than the fundamentalists of other religions, but they cannot always be accused of literalism.

I consider myself Jewish, and I am considered Jewish by my community, but I will probably always “speak” Judaism with a slight Catholic accent. I once joked with my rabbi that sometimes when the Torah scroll is raised, I have an urge to genuflect. Maybe this is the priest’s indelible mark.

8 thoughts on “Conversion and Identity”