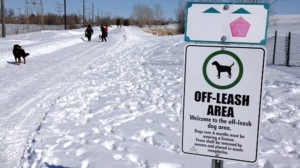 Many years ago when I still lived in Edmonton, I was walking my dog Theo in an off-leash overlooking the North Saskatchewan River.  I struck up a conversation with a couple of other dog owners while our mutts engaged in their canine social rituals. The conversation naturally turned to weather. Edmonton had just come out of a fairly warm period of freezing rain and gone back to a more seasonable -30.  A woman who owned a rather aggressive bulldog mentioned that it had snowed in Victoria.

“I’m always glad to hear about bad weather in Victoria,” I said. “My son lives there, and he’s always telling me what an idiot I am for living here.”

“What does your son do in Victoria?” She asked.

She smiled and said, “Talk about idiots, eh?”

We both chuckled. It was an aggressive, bull-doggish sort of comeback, and it was clever. But inside, I bristled. I watched our dogs sniff each other’s genitals and struggled to come up with an equally clever remark about the idiots who both endure Alberta’s terrible climate and keep electing Ralph Klein. It was hopeless. I didn’t want to repeat “idiots,” and, incredibly, I couldn’t think of a synonym.

The silly bulldog was growing weary of Theo’s insistent sniffing and started to growl, so I decided we should retreat before things got ugly. As Theo and I walked to the car, I was still searching for something to shout back at the woman and her dimwitted bulldog. I considered saying,” The real idiots are the people who own ugly dogs in terrible climates and vote for idiots, eh?”  But that would have been really idiotic. We have to behave better than our dogs. I would have had to find another off-leash.

Driving home, I came up with “lunatics,” but I still couldn’t fit into an appropriately clever retort. Even if I had thought of one, I could hardly go back and deliver it then. The opportunity had passed.

I hated the thought of being bested in repartee by an Alberta Tory. Of course, the woman could have been a Liberal, but Liberals in Alberta are too earnest and insecure to be clever. Maybe she was a Trotskyist extremist who had contempt for electoral politics. That would be okay, because in the Trotskyist worldview, everybody is an idiot. But no, she was a typical Alberta Conservative. I had heard my family’s proud commitment to social democracy cleverly mocked by a bulldog-owning Ralph Klein supporter, and all I did was chuckle.

I had to pull over several times to scrape ice of the windshield, and by the time I got home, even repeating to myself that it’s a dry cold was losing its curative powers.

After shedding my down-filled parka, fur hat, fur-lined mitts, boots, and extra pair of socks, I turned on my espresso machine and flicked on the TV. CNN was covering George W. Bush’s inauguration. While I was frothing the milk for a cappuccino, I watched a CNN reporter interviewing ordinary Americans who had come to enjoy the festivities. The reporter asked a woman holding an American flag what she thought of those Americans who had come to Washington to protest the inauguration. “They’re idiots,” she said. “Lunatic!” I muttered.